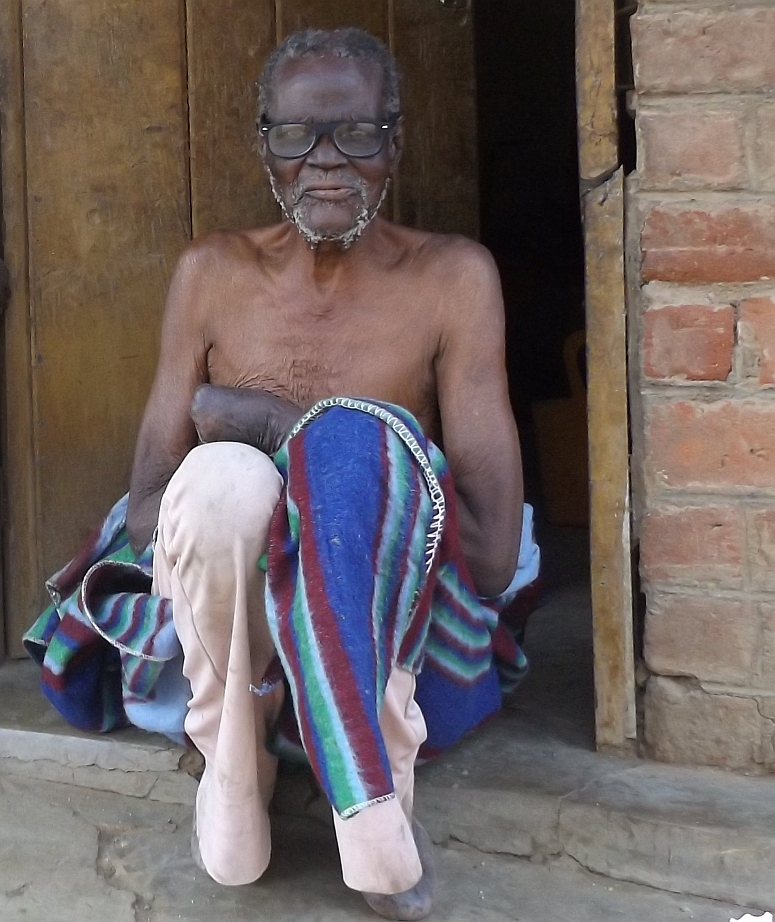 We heard recently that Bernardo, the village chief of the leprosy community at Utale, had died. Fr. Francis travelled to Utale to take the funeral and he was understandably upset as he has known Bernado for over 15 years and they got on really well.

It is unclear exactly how old he was – probably mid 80’s which is remarkable for someone with such bad leprosy. He arrived in Utale in 1946 from the south of Malawi and stayed there ever since, marrying and having numerous children and grandchildren. Nobody seems to know how long he has been the chief for.

Attached are 3 photos, one when President Banda visited – he is 3rd to the right of her, wearing his trademark yellow crochet hat, another one with Nigel and the community at Utale after a meeting and finally one with 2 of his grandchildren. He was a great chief helping all he could but he also loved to drink the local whisky/kachasu and to dance ! 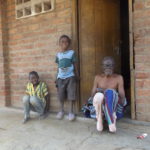 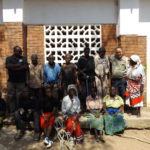 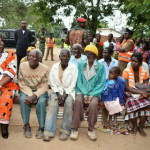